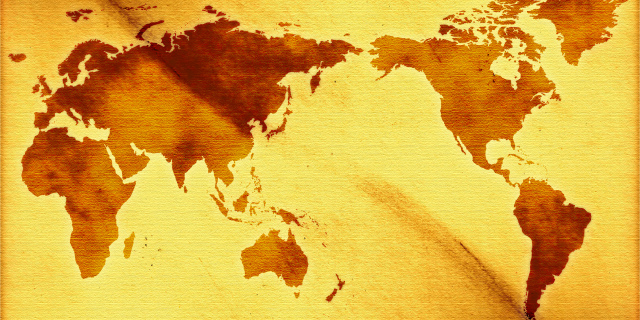 At the beginning of the year, there are always plenty of new essays portraying the international scenario of the new year. This fact is very optimistic if it is considered that new previsions are taken into account about the possible course of the world. An adequate international approach implies the elaboration of hypothesis or precise “images” about the international course and these can only be made having in mind the reality and the tendencies that really matter, i.e. those that are not supported on wishes or good intentions.

The aim of this short approach is not to expose the scenarios, but to evaluate some of the hypothesis that may need some consideration.

Nowadays, the cybernetic phenomenon is one of the new realities that affect the international politics directly. All documents concerning national security consider the web as a dangerous instrument from which the security may be violated. Since some time ago the prominent actors and some intermediate ones have been carrying out what is called “the worldwide body of cyber-warriors”, i.e. expert people whose job consist of reducing to the minimum the eventual access that state and non-state actors may have to the national cyberspace.

Since some time ago, the cybernetic attacks have increased and caused major crisis among states, for example the conflict between China and the United States in 2014 which even implied charges against the governmental actors involved.  Consequently, it is not surprising that the information of intelligence about critical scenarios considers the possibility of massive attacks. Enough evidence of this could be the Global Tendency Essay, presented by the National Council to the U.S. president after his election, which considers that among the “black swans” or the unexpected events of the following years a cybernetic warfare is highly possible.

There is no doubt that the cybernetics has become one of the most important dimensions of national security. One that today is considered “high politics”, i.e. issues of strategic preeminence for all states.

It could be excessive to say that in the 21ST century everything is going to be connected to the digitalization, i.e. to that diffuse space of blurred limits as Joan Font and Joan Rubí proposed in their works about geopolitics, identity and globalization.

There are no doubts that important changes exist, but it would be too soon to consider that the states have been devaluated, giving place to new ways of worldwide relations. As regard this, it would be convenient to remember Richard Rosencrance`s thesis about the advent of “virtual state”, i.e. a new type of state which as a consequence of the relocation of the production and the economic activity would be less central and territorial, and even more decentralized and virtual; as a result, with the gradual disappearance of the geographic and territorial state, the struggle for land — one of the historical reasons of most conflicts—would disappear as well.

This hypothesis, which was once preceded by another one from the same author announcing a peaceful international configuration based on the interdependency of trading States, was written almost two decades ago. And, although it is true that the phenomenon of the relocation of the production is conclusive this has not meant the gradual disappearance of the state.

Certainly, since some time ago there exists a phenomenon of “relocation” of the state authority as a consequence of the activities of economic groups, authentic groups, etc; or even powerful actors. However, since the creation of the United Nations in 1945 the number of states has changed from 51 to almost 200. Furthermore, it is very probable that new organized political entities may appear nowadays, even without considering the great number of new pseudo-state entities known as “States-Regions” and or “micro-regions”.

On the other hand, the global activities connected to the transnational terrorism and to the requirements of the “fourth generation warfare” leave as the only alternative the revitalization of the state roles in connection to the strengthening of the military-strategic capacities as a support of the security and the national interest, i.e. the self-protection.

Similarly, as those “images” have not prevailed in the configuration of the world in which we live nowadays, it would be excessive to argue that the most important events —like the successes, the losses, the victories and the defeats—will be around the web.

It is more appropriate to consider that there will be a sort of mixture in which the issues that take place on the web will coexist with others that take place in the visible and concrete space that  geopolitics is responsible (when in such space political interests were involved).

Besides, although what in Europe it is called “geopolitical cloud” — the environment or geography of the cyberspace— could be more predominant in matter of events, it is possibly that the current Ukrainian crisis — which is inaccessible if the geopolitics and the interstate process followed at the end of the bipolar struggle are not taken into consideration— may end up as one “geopolitical gates” of the 21st century; an event specially space-territorial and a forerunner of major or transcendental events.

It is important to remember that the current century began with particular geopolitical events like the second extension of NATO, the terrorist attack to the most protected national space of the world and the U.S. establishment in the Persian Gulf and Central Asia. But before this, even when experts thought that the geopolitics was dying with the end of the Cold War, the globalization implied a regime of power based in the appreciation of the worldwide state space with powerful trade-economic aims. In the early 90s before the globalization, the military deployment of a coalition of almost thirty countries leading by the U.S.A in the Persian Gulf was lees related to the new international order than to the political interests in a “selective global place” due to its high strategic, geo-energetic and geo-economic density.

So, if we add to these events the current geopolitical ­ones – like the principal conflicts and major tensions in the three most sensible plates of the planet: Asia, Pacific and Indian, the Middle East and Central Europe; or the firm and profuse activity of States in the innocently called “worldwide spaces” like the Arctic, the South Atlantic, the South China Sea and the Antarctica; or the activities of different States in the outer space with military aims; or the violent imprisonment of extremist  religious groups whose only aim was to create a great caliphate, etc—it could be said  that there is a connection between  the last century, a “fully geopolitical period” paraphrasing Raymond Aron, and the 21st century.

In conclusion, it is appropriate to consider that the “no measurable territories”, like the cyberspace or the organized crime space, have pluralized the concept of geopolitics. However, it should not be underestimated the importance of the real territory like space of major interest among states, due to the fact that it is in the visible and tangible territory where the interstate equilibrium will be under prove. Probably after all, there will come the time for the death of distances, “the flat world” and the end of the geopolitics.