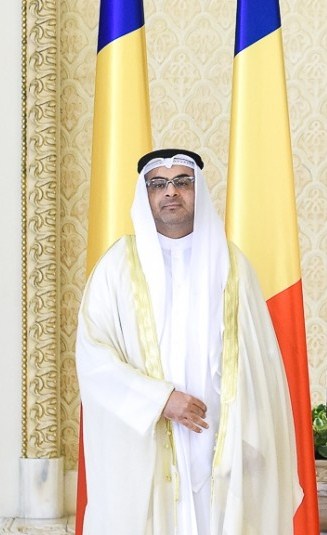 Kuwait, one of the most progressive Arab countries, celebrated 56 years of Independence on the 25th of February and 26th  anniversary of the Liberation Day on 26th  of February.

On the occasion of Kuwaiti National Day, His Excellency Talal M. Al-Hajeri, Ambassador of the State of Kuwait in Romania, has shared a few thoughts about the country’s evolution:

“Kuwait is nowadays a well-defined position among the most advanced countries of the world .Since its independence in 1961, the state of Kuwait has gone through several stages of evolution and development, including human development which is the highest goal of any society, as well as an ambitious program along social and economic dimensions, including health, education, urban aspects, aspiring to take the country to the highest standards of civilization. One major goal is to support the young generation and to develop a wide range of programs and activities”.

“Even before independence and of course declaring its own independence, Kuwait has always supported underdeveloped countries and developing countries through the Kuwaiti funds, 105 countries so far through economic programs, water, electricity and infrastructure projects”, says Ambassador Al-Hajeri.

Indeed, the famous Kuwait Fund, set up in December 1961 with the purpose to assist with loans the Arab and developing countries in advancing their economies, between its establishment until the end of 2016, has given 911 loans with a total value of KD 5,600 billion (USD 18,368 billion) to 105 countries out of which: 16 Arab countries, 41 African countries, 19 East, South Asian & pacific countries, 17 Central Asian & European countries, 12 Latin American &Caribbean countries. As to  sectoral  distribution, transport sector ranks first with 33.87%, followed by energy 27.28%, agriculture sector 10.72%, water and sewage 10.63%, industrial 6.44%, social sector 5.88%, development banks 2.4%, communications 1.81%. Interest rates are around 2% and may vary slightly, for instance, the Islamic Republic of Mauritania borrowed at 2% over 27 years for the Deposit and Development Fund Operations Project, the Republic of Sudan borrowed at 1.5% over 24 years for its Rural Water Harvesting Project, while the Republic of Albania borrowed at 2.5% over 24 for its Vlora River Road project.

His Excellency Ambassador Al-Hajeri stresses the traditional, good relations between Romania and Kuwait:

“Kuwait has a strong, very good relation with Romania, which was established right after our independence, in 1963. Based on solid roots, our relation has evolved in constant rise and has developed, on mutual cooperation, revealed by mutual visits of high officials of the two countries. The State of Kuwait and Romania are looking to enhance the areas of cooperation in order to achieve the wise vision of the leadership and the put in practice the desire of their peoples for mutual cooperation and benefits in all fields. We hope this cooperation will result into opening more areas for development, especially in economic areas, trade, investments, in exchanges of ideas and research. We want to take advantage of the significant role played by Romania at regional and international levels and to work together for peace and security around the world”.

Kuwait makes efforts indeed to find solutions for peace and stability as well as humanitarian aid. Kuwait has hosted 3 pledging conferences for the UN’s Syria appeals, in 2013, 2014 and 2015. These conferences raised US$1.5 billion in 2013, US$2.4 billion in 2014, and US$3.8 billion in 2015. Kuwait also hosts the meetings of the Top Donors Group for Syria. In September 2014, the United Nations, in recognition of Kuwait’s humanitarian efforts to bring together and galvanize the international community for the relief of the Syrian people, designated the State of Kuwait an “International Humanitarian Centre”. Kuwait pledged in (4) conferences 1.6 billion USD.

Romania established its embassy in Kuwait in 1963 and Kuwait opened its embassy in Romania in 2006. Since 1963, there have been many high official mutual visits. His Royal Highness, the Emir of the State of Kuwait was the first chief of state in the Arabian Gulf region to visit Romania in 1981. The Prime Minister of Kuwait came to Romania in 2006, occasion on which the Embassy of the State of Kuwait in Bucharest was officially inaugurated. Since 1990, all Romanian presidents have visited Kuwait.

The importance of the relation with the State of Kuwait is reflected also by other fields of interest, apart from diplomacy. In 2008, Romfilatelia issued a special stamp celebrating “45 years of diplomatic relationships Romania-Kuwait”.

These days, the entire Kuwait is reverberating with traditional music and dances. Starting with 26th February, the Kuwaitis have been celebrating their national day in their own houses, in malls and in the streets. “Proud to be Kuwaiti” is one line often heard in songs and the national flag is the theme of all decorations across Kuwait: children are wearing clothes specially designed in red, green, black and white, the colours of the national flag, cars are decorated with the national flag and bear the message “I love Kuwait”, coloured led lights along the streets and across buildings re-compose the Kuwaiti flag and the falcon also appears in these decorations as symbol of national pride

Kuwait, a country cleverly combining traditions and modernity, is an example of quick rise on the international stage. It ended the 20th century as a synonym to exquisite wealth and advanced technology.

His Excellency Talal M. Al-Hajeri: “We want to take advantage of the significant role played by Romania at regional and international levels and to work together for peace and security around the world” added by Marcela Ganea on March 1, 2017
View all posts by Marcela Ganea →