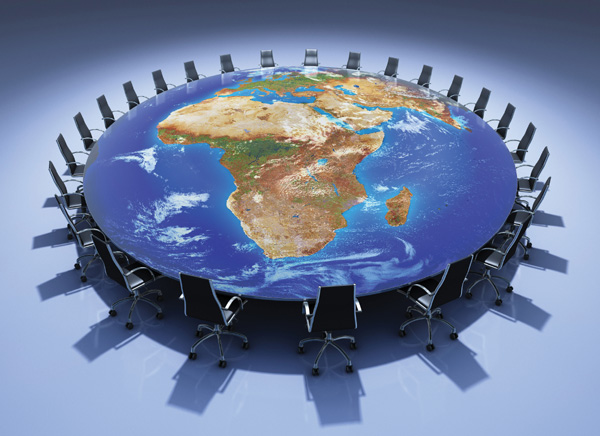 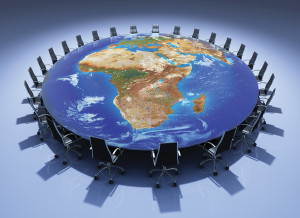 At present, the global governance system suffers from a chronic disease: it is outdated, overwhelmed by the rapid changes happening in the international environment. Periodically, new issues are identified and labeled as “challenges” or “threats” to the global peace and security. Some of them are real; others are just perceived as such, or intentionally taken over by organizations in need of new segments of activity, in an attempt to stem their redundancy and lack of purpose.

The UN system is the most glaring example. The Security Council is the reflection of the bipolar system that defined the Cold War period. More than twenty years after the fall of the Iron Curtain, the Security Council suffered no changes in its structure, failing to accurately define the actual multi-polarity of today’s international relations. The G4 members (Germany, Brazil, India and Japan)  are fighting the opposition expressed by their regional neighbors in being acknowledged as permanent members. Japan is still being denied this status because of its role played in World War II, with great opposition from China and South Korea. And all this despite the fact that Japan has the 2nd largest contribution to UN funds and an active military force higher than the UK’s. India, a nuclear power and the state with the 2nd largest population of the world,  encounters strong resistance from Pakistan. In fact, the G4 members are amongst the ten largest military spenders, following right behind the P5 members. Not to mention that the African continent has no representative with veto rights in the Security Council.

Problems such as genocide and other grave violations of human rights has the UN struggling to accommodate the notion of humanitarian intervention into its main guiding principle, that of state sovereignty. The fact that there is no clear definition on what exactly constitutes genocide makes the situation even more difficult, and lack of funding makes the UN decisions for intervention arbitrary and politically motivated, bellying their pretense at humanitarian purposes.

NATO has been slowly, but surely, turning from a military defense alliance into an organization with international scope and purpose, somewhat overlapping the UN jurisdiction. The possible inclusion of Georgia as a NATO member raises interesting questions, given the fact that Georgia’s territorial disputes with Russia have yet to be settled.

EU’s attempts at forming its own security and defense mechanisms are hindered by the members’ reticence at handing control over to the EU in such an essential sector for any state. There are also problems regarding the fact that some EU members are also part of NATO, which raises questions in terms of technology and information sharing. One other important issue is that, not only states, but also private actors, are wary of having to share their know-how with other members. All this, coupled with the economic and social issues and lack of consensus among the members, only add to the difficulties the EU is facing in trying to establish its identity.

However, the organization facing the most problems is probably the Organization for Security and Cooperation in Europe (OSCE). With a “comprehensive approach to security that encompasses politico-military, economic and environmental, and human aspects” (quote taken from the official site of the organization), the OSCE has in fact set itself up for failure. The organization is trying the impossible, and that is, solving the world’s security problems through consensus, a feat virtually impossible to achieve, given the wide, and often conflicting, national interests at play. At first a Conference meant to breach the gap between the East and the West, the change brought on by the fall of the Iron Curtain forced the CSCE to adapt or become futile, pushing it to the status of organization and taking on new challenges, as well as new members. Unfortunately, due to its adherence to the practice of consensus, any new item on the organization’s agenda and any new member only serve to slow down the decision-making process.

The problems faced by the international organizations are similar: the changes are happening at such a fast speed, they have issues with keeping up. New challenges such as terrorism, cyber attacks, humanitarian situations, etc. pose difficulties in both defining them and establishing effective mechanisms of solution. The more they fail at achieving their goals, the more their legitimacy is contested. And since the main purpose of these organizations is, in fact, to survive, the two most frequent answers to this crisis is: geographical expansion and the redefining of the organizations’ scopes and purposes –  which only succeeds in crowding the global governance system and making these organizations ineffective.