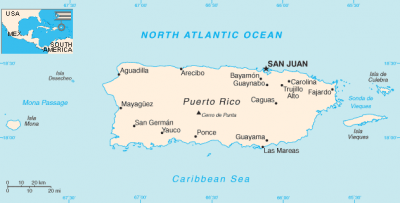 This article was translated by Robert Chirita from Geopolitics.ro (Romanian)

The United States of America has a new President in the person of former American President and the first African-American President in the history of the republic, Barack H. Obama II. The elections have shown, in a surprising way for some, the fact that despite the failure to reform the American state Obama defeated his Republican contender. Apparently, Obama winning the elections can be seen from other points of view too, such as that of the European Union, the Russian Federation and China, which at the time supported, more or less overtly, Obama’s possible re-election. On the other hand, we can also talk about a second point of view, that of Israel and of what the American school of geopolitics calls the Middle East.

However, an inevitable conflict in the Middle East, whether we are talking about actors such as Israel, Iran, Saudi Arabia or Turkey, seems to have, at least on the medium if not the long term, an extremely important “rival” on Washington’s agenda for the control not just of the Atlantic and of the Panama Canal but also for a potential control of China’s merchant navy that will in the future look for new routes, and for enhancing the balance of power in what concerns Russian interests in the area and the relatively uncontrolled development of the military arsenal in South America.

It is true that such an option is one of the United States of America’s priorities, given the fact that she needs to secure both the South Atlantic and the Caribbean in case of a possible “Pacific war,” whether military or commercial in nature.

Thus, while many analysts are carefully watching the ceaseless growth of the global crisis, an artificial crisis of American origin, a small group of persons in the United States and the European Union on one hand, and in Russia, China and Latin America on the other, are carefully analyzing a possible union at federative level between the United States and Puerto Rico.

Puerto Rico (the Associated Free State of Puerto Rico or the Commonwealth of Puerto Rico) is an unincorporated, self-governing territory of the United States. The island nation is located in the north-east region of the Caribbean, east of the Dominican Republic and west of the Virgin Islands. Spanish is the official language, English being the second spoken language.

With a population of four million people, in line with the country’s constitution the President of the United States of America is also the President of Puerto Rico, however the executive power is held by a governor whose prerogatives are similar to those of a head of state or government. The governor is assisted by a secretary of state whose prerogatives are similar to those of his American counterpart (however they are all at a level similar to that of American states, not of the federal government). It has to be said that the currency is minted at the orders of the American federal government, just like defense and foreign affairs remain the exclusive prerogative of the White House, Puerto Rico doing nothing but rallying behind the position taken by the American federal government.

After winning independence from the Spanish Crown on December 10, 1898, Puerto Rico became a Free Associated State in 1952. On the basis of the “insular cases,” the US Supreme Court decided that Puerto Rico belongs to but is not a part of the US.

Despite an apparent political calm due to the island’s statute, in recent years the inhabitants have started to fall within two categories: those that want their country to become the 51st American state and those that want the island to become sovereign and, consequently, independent. Debates and plebiscites on the island’s political status have taken place until now. It has to be pointed out that the first to take place showed in 1967 that a little over 60 per cent voted for the Free Associated State status, 39 per cent voted for statehood (in the form of a state that is part of a federation), while only 0.6 per cent voted for independence.

In 2011 the Governor decided to organize a two-stage plebiscite in order to try to settle the island’s statute. Thus, the first stage of the plebiscite on the island’s political statute took place on August 12, 2012, people being asked to choose between keeping the same statute in relation to the federal government in Washington and a different neocolonial variant. The second stage of the plebiscite in which the citizens had to choose between three non-colonial options – statehood, independence and free association – took place on November 6, the day of the American elections.

From a total of 2,402,941 registered voters a number of 2,351,158 were validated. It has to be pointed out that of the total number of votes cast, 0.98 per cent were invalidated and 26.04 per cent were blank votes. Thus, 4.04 per cent voted for the country’s independence, 24.32 per cent voted for the form of a Free Associated State and 44.61 per cent voted that Puerto Rico should become a full member of the federation as the 51st American state. In real terms this means that of the total population of Puerto Rico (with and without the right to vote) less than 25 per cent decided the destiny of the whole nation. Also worthy of mention is the fact that over 4.6 million Puerto Ricans are living in the United States (more than those living on the island), enjoying all the rights conferred by American citizenship.

Not long after the official results were revealed virulent reactions started to appear from society, politicians and foreign powers, Latin American powers in particular.

Latin American states that have an economic and foreign policy relatively different than that of the United States criticized the plebiscite in Puerto Rico and even suspected its results. The same suspicion concerning the results came from some American analysts that consider that in 2013 the US Congress will disregard the results of the November 2012 plebiscite.

Moreover, some voices rather support a statute similar to that of Andorra which, despite the duumvirate seen at head of state level (according to the constitution Andorra has two heads of state – the French King, currently the French President, and the Catalan Bishop of Seo de Urgel), is a sovereign and independent nation.

On the continent, two American Congressmen (of Puerto Rican descent), Luis Gutierrez (Democrat Party representative for Illinois) and Nydia Velasquez (Democrat Party representative for New York) have publicly stated that the plebiscite was “a non-transparent process” and saluted the article that appeared in ‘The Hill’ and which claims that the Congress will disregard it. At the same time, there are two contradictory things from the point of view of constitutional law. First of all, Article 4 of the US Constitution states that the US Congress decides which territories will be incorporated into the Union. Secondly, President Obama’s statement is in relative opposition to the Constitution whose guarantor he is: “Puerto Rico’s statute should be decided by the residents of Puerto Rico.”

The preponderantly mountainous territory features a rugged coast to the north and beaches in the south. Most of the beaches suited for tourism are located in the island’s north-western area. The Cordillera Central is the mountainous chain that stretches through the island, the highest peak reaching 1,338 meters (Cerro de Punta). Located in the Sierra de Luquillo Mountains in the national Carribean forest, El Yunque is another important peak, measuring 1,065 meters.

San Juan, the country’s capital, is located on the island’s northern coast and has a population of approximately 440,000 people. The capital spans on a north to north-east axis, to the south of the Atlantic Ocean, to the north of Caguas and Trujillor Alto, to the east of Guaynabo and to the west of Carolina. 37.83 per cent of its surface of 199.2 sq km consists of water. The Gulf of San Juan and two natural lagoons (Condado and San Jose) are the city’s main sources of water.

The country’s hydrographic system consists of lakes (reservoirs) and over 50 rivers, most of them flowing from the Cordillera Central. The rivers in the northern part of the island are large and their discharge is higher than that of the rivers located in the southern part, which makes the island’s southern region drier and hotter than the northern one.

Puerto Rico has one of the most modern infrastructures in Latin America and the Caribbean, being surpassed (as national-level average) solely by Canada and the United States of America. It has 8 main cities, including the capital (San Juan, Bayamon, Caguas, Guaynabo, Carolina, Ponce, Cayey and Mayaguez) which is considered the “metropolis of the Caribbean” because of its modern buildings and which is 71st in the world when it comes to quality of life.

Nevertheless, the country is confronted with the lack of a general planning project, a fact that affects the environment because it does not offer protection to the island’s natural resources. According to a survey, if development were to continue at the same unplanned rhythm in the next 700 years Puerto Rico would be at risk of becoming an island city.

The city’s railway infrastructure is very modern and will be expanded at national level in order to connect all of the country’s main points, and will include a line to the international airport. The only nuclear power plant in the Caribbean is located in the Rincon municipality.

When it comes to the maritime infrastructure, the port of San Juan is the fourth-busiest maritime port in the Western Hemisphere, the tenth-busiest in the United States and is 17th in the world when it comes to the handling of containers. Likewise, it is considered the world’s largest port for private and pleasure crafts, and is second in the world after Miami when it comes to the number of cruise ships it can accommodate. Apart from the main port the island has eight other smaller ports with the Port of the Americas set to be renovated and enlarged.

The Luis Munoz international airport is the island’s largest airport, located 12.7 kilometers from its historic centre, near the Carolina municipality, being one of the busiest airports in the Caribbean and a vital air transportation junction for air traffic between the United States of America and the rest of the Caribbean islands.

Fernando Ribas Dominicci is the second largest airport, being mainly used for private, charter or internal commercial flights. It was the largest airport on the island before the Luis Munoz airport was inaugurated.

Infrastructure played an essential role in the island’s economic development for two reasons: commercial (given the geostrategic and geo-economic position) and tourism-related.

Given this geopolitical and geostrategic context, one should not forget the major geo-economic interest that Russia and China can manifest given the fact that their interests in the Western Hemisphere continue to develop in parallel with those of the United States. Starting off from this, we have to point out that Puerto Rico has Russian and Chinese communities.

The Russians are called Russian-Ricans and they consist of a small community of approximately 50 families that are actively promoting Slavic culture on the island, organizing on a yearly basis festivals and events meant to draw attention to Russia. This might seem insignificant, however taking into account the small number of inhabitants and the aspects that have to do with the political opinions of a certain category of Puerto Ricans in regard to the US policy, it should not be neglected.

The Chinese minority in Puerto Rico has a history that can be dated back to the start of the 19th Century. The community is currently growing and is mainly active in the gastronomical and cultural domain. Because the island is under United States jurisdiction arrests of Chinese immigrants took place lately.

An analysis of Russia’s and China’s interests in Puerto Rico and the Caribbean will follow in another article.