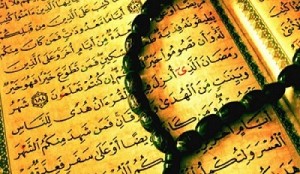 We see how in modern times almost every fanatic with a turban on his head and a Kalashnikov in his hand declares an armed jihad. We have so many armed jihads nowadays that it would be difficult to even count them. Successive waves of such people and groups have led to a situation in which the notion of jihad has been expanded so much that it covers virtually every field: political, military, religious, economic and social (eg. class struggle). Of course, this situation is the result of repeated violations of the original meaning of “jihad”.

And now let’s take a particular case, namely the Islamic State and see how this group actions violate even the most basic meaning of the concept of “jihad”:

Although there are many articles on the Internet that attempt to explain the ideological side of ISIS, I will simplify things a bit in this article by saying that this a group has no ideology whatsoever. It has a set of goals, let’s say political and military in nature, and a set of means that are basically reduced to murdering anybody, anytime and anywhere. Such a behavior abolishes the idea of a jihad, placing it in the category of pathological crimes.

In the first part I also listed a number of questions that I considered relevant to today’s reality:

1. Is radical Islamism a contemporary issue?

Answer: Certainly yes. Radical Islamism exacerbates radicalism, abolishing Islam. Radical Islamist groups declare themselves “jihadist groups” and use terrorism as their main weapon. Terrorism was not used in the past by Islamic states because they had other, more effective instruments, with which to achieve their objectives: military tools, economic instruments, spies, administrative instruments and political alliances.

2. Can the actions of Islamic radical groups be justified by the concept of “jihad”?

Answer: Definitely not. Even if the so-called jihadists invoke passages in the Koran and the Prophet’s name to justify their actions, in reality neither one nor the other have any connection with their actions.

3. Is Islam a religion that promotes peace? Or does it promote war as well when peace fails to bring in the expected results?

Answer: In principle I cannot give a complete answer just by making reference to the concept of “jihad”. I can say, however, that peace and religious tolerance were the priority, while war was kept only as a back-up plan. And even war was only used in compliance with some very clear conditions, which we presented in Part II and which today are no longer taken into consideration.

Therefore the only answer that the evolution of the concept of “jihad” offers for the emergence of radical Islamism is that groups such as ISIS are trying to imitate the actions of the Prophet Muhammad and of the various caliphs in the past. They are trying to copy their thinking, their military objectives and a part of their operating methods. The main obstacles they face are the different geopolitical conditions and their own lack of education, which in turn prevents them from accepting the different geopolitical conditions and in adapting accordingly.