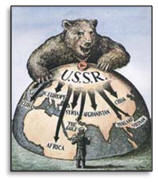 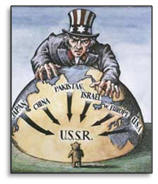 The concept of threat

Above the slightly megalomaniac self proclamation of the Anthropocene era, the human individual constituent of the species is trapped in a fortress of Darwinism and its constant battle for survival and perpetual quest for perennity. Evolution represents competition. Competition is by nature at least dual if not, predominately, multipolar. So, if I am one pole of ideas, mind and imagination, there must be others. The others are striving for the same objectives as mine. Thus they reduce my chance of attending some of my most visceral needs. They are a threat. The psychological effects of fear of the unknown coupled with competition, determines a reactionary strategy in the brain, analyzing and nominating the danger, assessing different scenarios, and proposing solutions. Threat is by consequence, a very deeply rooted concept in our minds and thus has coherence when raising the scale from individual to higher ranks such as civilizations and species. Social behavioral patterns are visibly influenced by threat perception. Because of our long cohabitation with threat, a sense of dependency towards it has developed. Threat has been organically linked with competition and progress. The presence of threat challenges me, changes me, and if surpassed, augments and betters me. In some sense I need threat to evolve. Another key aspect of threat is its oxymoronic nature. It helps in binding people and find common cause but antagonizes another group, who in objective nature is in all means, equal to our own.

Without exploring more deeply in evolution theory from early times of human evolution, the more recent examples from the beginning of social aggregation in cities, threat and models of bipolarity and multipolarity emerged. A constant thug of war between aggregation by similarity and separation by differentiation began. The Hellenistic world is a good example on how threat perception shaped the destiny of the Greek peninsula. The rivalry between a visionary democratic Athens and militaristic Sparta spawned numerous leaders, strategies and new doctrines. Despite having fundamental cultural similarities including languages and deities, they chose to ignore them and fought for hegemony in the Greek mainland. Before this, the powerful pressure put by the presence of an expansionistic Persian Empire determined the two to rally together in the face of a much more dangerous enemy. Later on in history, threat was a key factor in the fast deterioration of relations and mobilizations prior to the Great War. A constant idea of threat via revisionism from France taunted the Germans and Bismarck. The possibility of invasion from a heavily industrialized Germany was seen as almost a daily, recurrent worry in the back of the minds of French citizens. The Russian Empire has always been molded by threat, first by the rampant Mongol troops, then by imperialistic ambitions by European populations. This last trend had been occupying Russian foreign politics for centuries, as the Great European Plane crossing Poland became a priority, its occupation meaning safety for Moscow.One of Roosevelt’s greatest achievements is his ability to convince a nation of isolationists that sometimes oceans are not enough to preserve the American way of life against the threat of fascism. There are always enemies that have a way of reaching us no matter how formidable the defensive structures that we build to protect us are.

It seems that threat is something that we all experience, but somehow the sense of perception of one self as a threat is not that well rooted. The Americans saw USSR and the red part of the world as an expansionistic monster that is trying to teach Europeans communism with the help of tank tracks and forever suppress freedom. The Russian and Chinese alongside other smaller countries saw the West as an imperialistic machine that owed its wealth to the impoverished work class. In the aftermath of the Great War everybody was pointing fingers. Who pulled the trigger? The apparent exculpation from all sides only adds to the fact that objective threat perception is not possible. This is of key importance because if you accept this, it means that from an omnipotent point of view, where there is objectivity, everybody is equal in all aspects and matters. There is no good or bad, there is only relative perception. Of course there are moral constructs that have proven their worth over time that act as benchmark for national behavior, but this not necessarily means that the world is as simple as black and white, but more as a sea of grey. So what would be some of the useful perks of accepting this? Once you understand that, it gives you strategic advantage in the sense of better intelligence on the way you are perceived. Better intelligence means better actions. Better actions build up sustainability. If I know that the Soviets perceive me as an imperialistic metropolis that is trying to undermine equality, then I can set my foreign policy to advocate human rights and free speech in USSR space, dismantling an induced prejudice and gaining advantage.

Threat in modern and contemporary culture

As other key human concepts, threat is widely used in commercial culture, as well as a core idea for different macro social expression of fear and unknown. In literary terms, it had a great psychological and commercial impact in The Battle of Dorking, an 1871 novel by George Tomkyns Chesney. It depicts an invasion of Britain by supposed German forces with revolutionary military tactics and machines. Its measure of success in sales could definitely tip off a mass perception of threat for invasion, sensing that the natural advantage of an island nation is being slowly overrun by technology. A similar indication of popular fear is the Howard Phillips Lovecraft novel He were the Western world has been eradicated by Asian powers. It is a vector of the Yellow Peril theory that preached color discrimination against Asian immigrants that threatened work placement for white locals. It had also a darker version, of a rebirth of bellicose East Asian nations that could impose on a global scale their way of life. These ideas were most widespread during Japanese expansionism era pre and during WWII. The concept of threat has evolved in scale during time. As the world has found higher, more massive forms of aggregation such as the emergence of EU, NAFTA, NATO, and SCO alongside many others, the threats needed to push evolution have gotten more massive themselves. Common contemporary threats are terrorism which is global in its range and scope, pandemic outbreaks that are non-discriminant, drug trafficking, political radicalism and illegal WMD proliferation. These are very hard to counter based on national policy because they are in a sense global institutions that do not concentrate all branches and operations in one place. They are transnational. Thus, they are acting as a catalyst for the formation of global organizations. This is a very recurrent theme in modern day pop culture. Hollywood films with budgets that dwarf yearly revenues of many large brands and companies present threat as a means to access fundamental leverages in human psyche. The notable “Battle of L.A.”event also known as The Great Los Angeles Air Raid is the real life example of how powerful is threat within us. An unidentyfied aircraft that breached Los Angeles airspace during the Second World War, sparked local chaos and panic, as the population had underlying fears of a Japanese invasion. This theme is reiterated in blockbuster and record sale films as Independence Day, War of the Worlds, Avatar, World War Z, The Day After Tommorow, where a greater power determines global unity. This particular use of non-human threats is significant because it is just of way of telling us that ultimately our very nature is what we all have in common and the only sustainable foreseeable future is one were states are historical désuet concepts, and people and nations are the ones that have stood the test of time.

As threat now must have a larger size that it had in the past, a lot of talk has been made on the consequences and impact of a first contact event with an intelligent extraterrestrial civilization. What would be the geopolitical consequences of such a happening? At the present level of aggregation that we are experiencing as a whole, the most probable outcome would be a heterogeneous response that would try to support individual national and corporate agendas. But there are bodies put in place, such as the United Nations Office for Outer Space Affairs. Even though it is not its main function, this institution has protocols for first contact and also procedures for contamination. Its head, Ms. Mazlan OTHMAN from Malaysia, is the world’s closest thing to the “take me to your leader” expression. But beyond procedures, how well could we use mirror theory in the event of meeting an alien civilization? I think the answer to this is paramount, and is in fact the answer to the question, who are we? How will our visitors perceive us? What are the fundamental traits that they will see in all of us? As physicist Stephen Hawking advocated, this encounter should be largely avoided, as seen in human history, many intercivilizational encounters have ended up with the inability of one part to perceive correctly the threat and to face the consequence of this.

Geopolitics teaches us that states and nations adapt to external conditions in many ways, and that, in many occasions during history, geographical landmarks have proven helpful for some populations and deterrents for others. But this lesson is slowly starting to erode, as technology is constantly erasing borders, cuts through mountains and seas and opens new possibilities. Threats now, are of a global nature. Threats now are pushing us not only to consolidate our position as a tribe, a village, a kingdom or a state. They are pushing us to face the fact that, even though slowly, and still extremely heterogenic, we are one human civilization. After many centuries of mirror theory and its subjective point of view, the permanent growth of society is blurring the lines that are separating us, making us stronger, but in the same time subjecting us to even greater threats. We are exploring the limits of deep space and breaking part atoms in order to find order in chaos, an endeavor that if coupled with sustainable growth and common sense politics during the 21st century, I believe could achieve a level were threats will become désuet. As New York City’s College Physics professor, author and science promoter, Michio Kaku explained, “we are witnessing the birth pains of a type one civilization, in which mankind is in complete control of the planet, its energy and with no fear of natural threats”.