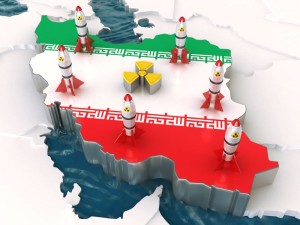 1. Iran has already agreed in November 2013 with a series of provisions that basically prevents the creation of a nuclear device, so any further concessions in this regard must be made in exchange for concessions on key issues for Tehran.

2 .Leaving aside the Iranian, Israeli or American rhetoric, Tehran actually no longer wanted nuclear weapons since before last year’s agreement with the United States.

For years Iran and the main nuclear powers (P5+1: France, Germany, the U.S., Britain, China, Russia + Germany) conducted negotiations aimed at stopping the Iranian military nuclear program or at least to slow it down. But by November 2013 all negotiations had failed facilitating the formation of the otherwise false perception that Iran wants to build nuclear weapons at any costs. This perhaps would have been true during the Shah, in the 90’s or in the early 2000s, but in recent years due to the geopolitical situation in the Middle East, nuclear weapons were certainly no longer Tehran’s main priority since they would have actually made Iran more vulnerable from a security perspective. But not only the security factor is relevant in this whole equation, beside it we can also add a number of other reasons of economic, technological and political nature for which Tehran’s interest in recent years to actually build a nuclear weapon slowly decreased.

Iran hasn’t managed to overcome all these obstacles, even with Russian expertise. To do so, it would have to continue to pump in enormous human and material resources…far too many for Iran’s current possibilities. And the final product would only unnecessarily complicate the Iranian geopolitical situation. So the estimates according to which Iran could have nukes by 2015 or 2016 were deliberately made ​​to demonize Iran – strategy which otherwise worked – and thus provide the necessary support to motivate the actions of the Secret Services and to apply diplomatic pressure.

Iran holds the largest and most powerful conventional military force in the Middle East. And even though it is still primarily a military force typical to the Cold War – large but insufficiently trained and with old equipment – combined with the predominantly mountainous geography of the country, it’s enough to deter a conventional attack on Iran. It should be noted however, that the army has a purely defensive role as its use against any Arab state in the area would automaitcally attract military intervention by the United States and in certain circumstances not only from the U.S.

For offensive purposes Tehran is using its highly effective covert capacity, for which it spent 30 years building, but also its proxies (such as Hezbollah). It utilized these means to both support Bashar al-Assad’s regime, as well as to create instability in Bahrain – and to a far lesser extent in Saudi Arabia too – but also for bringing Iraq into its orbit, even when U.S. troops were still stationed there.

So Iran has the ability to attack – covert means – and to defend against any state in the region – covert and overt means – thus making a possible nuclear weapon unnecessary.

So in the end where exactly do nuclear weapons fit in in Iran’s geopolitical strategy?

The answer is very simple: for the time being, nowhere. And above I mentioned the most important reasons why.

Iran’s economy has experienced serious problems on the one hand due to successive years of increasingly harsh sanctions, on the other hand because of the war in Syria, but also because of the military nuclear program. Basically in recent years Iran increased spending, but its revenues – derived mainly from the sale of energy – have decreased.

And when the regime in Damascus used chemical weapons, Iran risked losing Syria and with it any possibility of creating the sphere of influence from the Persian Gulf to the Mediterranean, Iran’s dream for decades. So they used that coin which they didn’t really need to begin with, but which was retained precisely for critical moments: their military nuclear program.

Iran did not actually want nuclear weapons because it does not need them. Instead, it needed a program meant to provide the “certitude” that a nuclear weapon could be built at one point or another. The “certitude” or the “probability” was sufficient to force countries, like the U.S. or France, to come to the negotiating table. This is the same strategy successfully used by North Korea.

In conclusion, we can say that the main Iranian threat to the Middle Easter countries lays from its intelligence services, its proxies and to a much lesser degree from its conventional military forces too. Iran has succeeded in the past decade to endanger the entire balance of power that the Americans wanted it at the time of the invasion of Iraq and it did so without nuclear weapons and even without the existence of a fully functional military nuclear program. It skillfully used the idea of ​​”certitude” in order to create a geopolitical advantage, without which perhaps it could not have been able to deal on equal terms with the United States in November 2013.

Also, the Iranians do not have what other major concessions they can mae regarding their military nuclear program, unless perhaps to shut it down completely. And it is hard to believe that they will do so because of Iran’s old ambition of having a functional military nuclear program, ambition which has its origins from the time of the Shah. This way, Iran can move the idea of ​​”certitude” of having a nuclear weapon to that of the ​​”certitude” that it might have a program capable of one day creating nuclear weapon.

For this reason any future negotiations cannot possibly be“final”. That can make us believe that any negotiations between Iran and the P5 +1 are in fact taking place in order to discuss other topics, such as perhaps Syria.